Every year at this time there is chatter about who the committee stiffed, who was given the easy road (usually Duke), and what region of the bracket was unfairly overloaded.

I plan to answer all those questions for you this year, as I rank the regions in the 2015 NCAA Tournament bracket from strongest to weakest. 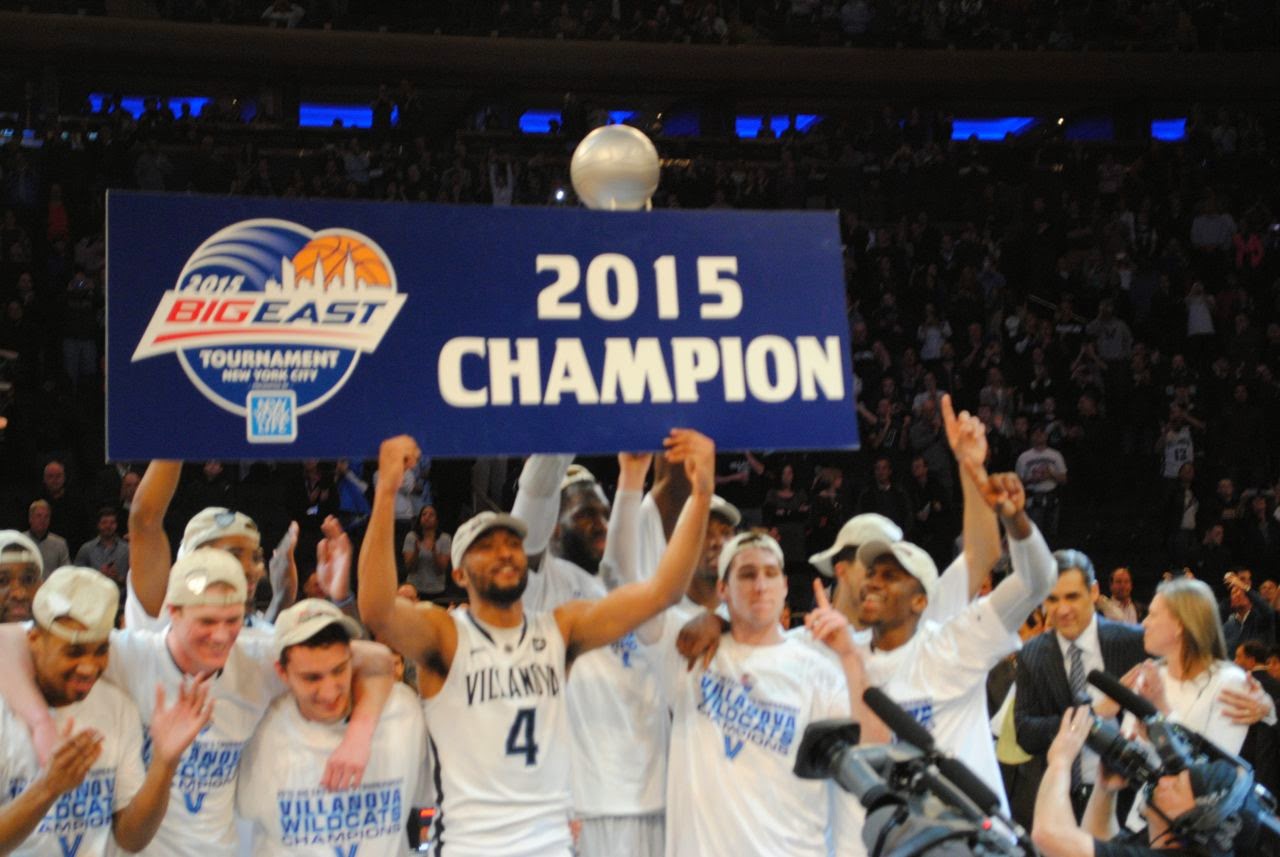 There is no question that fans and even some “experts” undervalue Villanova.

But, the Wildcats are the second strongest 1 seed in the dance. They are playing better than anyone not named Kentucky and have won 15 straight Big East games (2nd rated conference in the country) by an average of 17 points.

Oklahoma is a team fully capable of making a deep run as a 3 seed, coming out of America’s best conference this season.

4 seed Louisville and their coach Rick Pitino are a team that I can guarantee no one wants to run into this time of year. Yes, they have struggled a bit, before and after the loss of Chris Jones, but if any coach can gather the troops and make a run, it’s Pitino.

That’s a tough 4 seed frontline, but it doesn’t stop there. Northern Iowa, Providence, and Michigan State are all teams that can play with anyone in the country and it should surprise no one if they go on a run.

Well, the best team in the country is here, so there’s that.

Kentucky of course is gunning to make history as the first undefeated team since the 1976 Indiana squad. It won’t be as easy as many think, particularly in this sneaky tough region.

Kansas, the 2 seed in this region, has been overlooked all season.

But, all they do is win.

Remember, the Jayhawks won the Big 12 (the #1 rated conference) again this season and actually come into the tournament with the most top 25 wins, at 9. There is no team more tested.

There is also no team that will have more incentive to beat Kentucky, considering the Wildcats drilled them by 32 for all the world to see, back in November.

Notre Dame is capable of beating anyone, with their high-powered offense, led by one of the best players in the country, Jerian Grant.

The 4 seed, Maryland, is a team many believed should have been a 3 seed, based on the Terps’ 27-6 record, high RPI, and the combination of Dez Wells and Melo Trimble.

This region also has the scariest collection of tough/gritty teams, with West Virginia, Butler, Wichita State, and Cincinnati inhabiting seeds 5-8.

It’s hard to argue with the top two seeds in this region.

Wisconsin and Arizona are almost mirror images of each other. Both are super talented, experienced teams that dominated their respective weaker-than-usual conferences. But, both have shown unpredictable weakness here and there.

Baylor is an interesting 3 seed. Formidable, yes, but they feel more like a sleeper than a team to be counted on. The Bears have some big-time wins, but all within their conference.

North Carolina is similar to Baylor: dangerous, but hard to count on.

Arkansas, Xavier and VCU all seem capable of winning a game or two, max.

I’ll start with the obligatory, I'm not a conspiracy theorist, but…

On paper, it looks like the Committee was pretty, pretty kind to Duke (Larry David voice). The Blue Devils have been great, but a tiny bit fragile.

They are joined in the South by perhaps the weakest 2 seed – at least, resumé wise – in Gonzaga. The Zags have the fewest number of top 50 and top 25 wins of the 2 seeds.

Iowa State is a strong 3 seed that is capable of reaching the Final Four. But, Georgetown and Utah, have been up and down, more recently down.

6 seed SMU is a solid team with a nice story and Larry brown is a great coach. However, the Mustangs’ best wins this season came against AAC foes Temple and Tulsa; neither is in the field.